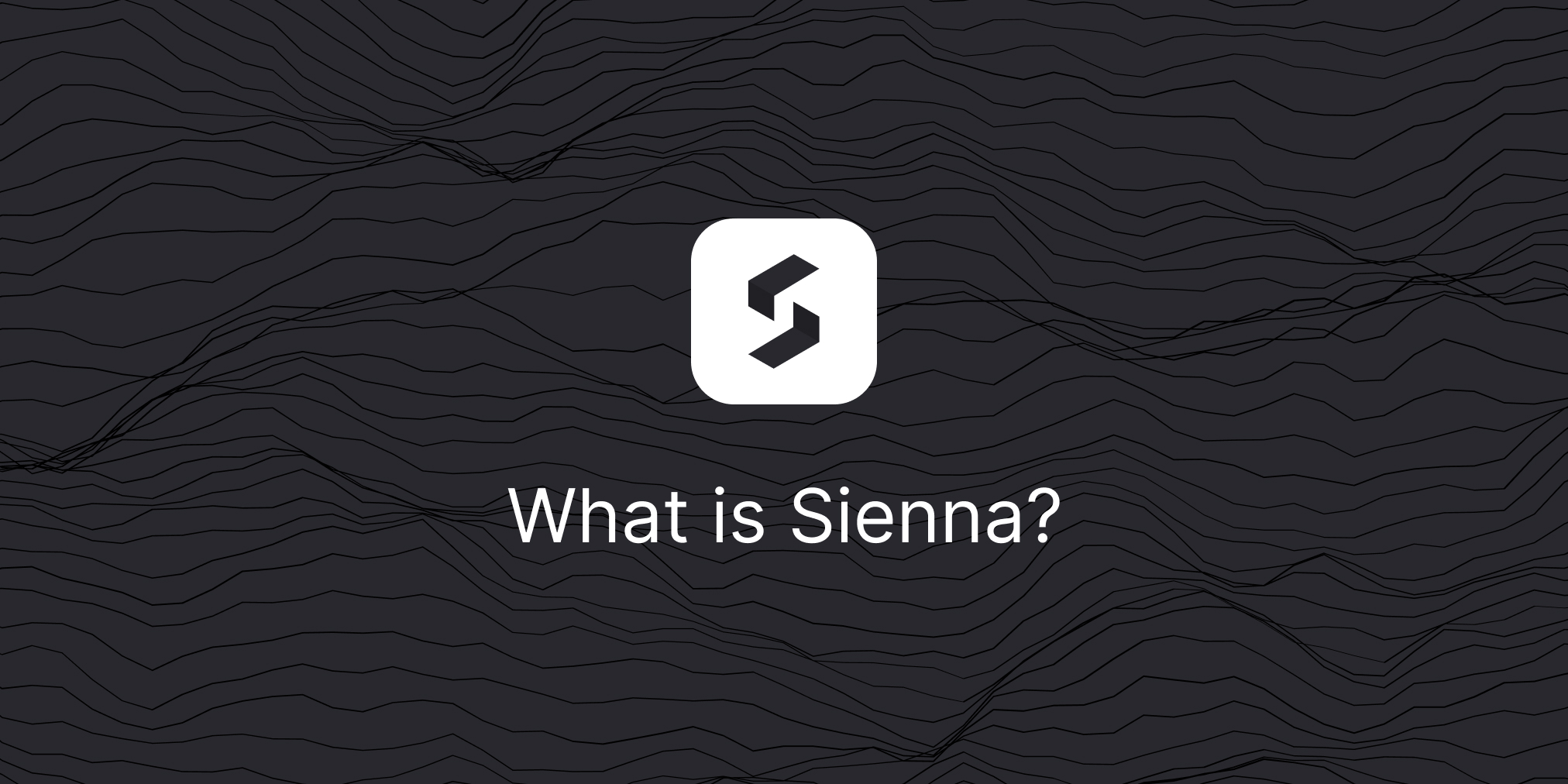 Sienna Network is a privacy-first cross-chain DeFi application suite built on the Cosmos SDK-based Secret Network. We leverage Secret’s industry-leading privacy protection technology to guarantee that zero PII (personal identifiable information) is revealed without user permission. We also take advantage of Secret’s Cosmos powered cross-chain features which allow Sienna users to use assets from a variety of blockchains that do not natively support privacy protection in Sienna’s DeFi applications. Sienna Protocol currently consists of SiennaSwap, SiennaLend (currently the only lending application on Secret), with SiennaDAO and SiennaLaunch set to go live in the near future. We aim to be THE go-to protocol for privacy-protected dApps on Secret Network (and potentially on other decentralized ledgers in the future).

While privacy is one of the fundamental features of modern finance, current leading blockchains’ approaches to privacy are highly lacking. On major chains like Bitcoin and Ethereum transactions are linked to identifiable public addresses where they remain viewable forever. On the other end of the spectrum are more niche blockchains that aim for total anonymity such as Monero and Zcash. While they do protect PII, they also prevent users from sharing information selectively when needed. such as for business or tax purposes. We’re building Sienna because we recognize that the importance of privacy will only continue to grow as the crypto industry evolves and matures, and a flexible privacy model which allows users to choose who they share their information with is essential for DeFi to ever compete with existing mainstream personal finance solutions.

The Founding Pillars of Sienna Network

‍SiennaSwap — Our Uniswap style AMM decentralized exchange is one of the cornerstones of the Sienna DeFi application suite, and has reached $900 million trade volume to date. By utilizing Secret’s privacy-protecting features we guard against front-running and other forms of MEV which have been plaguing Ethereum and other major DeFi ecosystems and causing many millions of dollars in losses. Secret’s cross-chain features also allow SiennaSwap users to privately trade SNIP-20 versions of assets from chains without privacy protections such as Ethereum and Bitcoin.

‍SiennaLaunch — Our launchpad plays a vital role in the realization of Sienna Network’s vision by fostering the development of quality projects who contribute to our ecosystem. The launchpad will be open to projects building directly on Sienna or who otherwise contribute to Sienna’s ecosystem such as by integrating the SIENNA token.

SiennaDAO — The governance application allows SIENNA holders to participate in shaping the future of Sienna Network by proposing and voting on initiatives to determine future features and/or parameters (such as interest rates, ratios, new rules, collateral limits etc.).

Sienna Network takes its name from the Italian city of Siena, where the Knights Templar pioneered the use of encryption to enable privacy protected finance at an astonishingly early date of almost one thousand years ago! We think names are important, and we chose the name Sienna because we aim to have a similarly influential role in the development of privacy-protected finance as the Web3 economy continues to evolve. To join us in our quest make sure you follow us on Twitter, subscribe to our blog, and join the conversation over on Telegram and Discord!