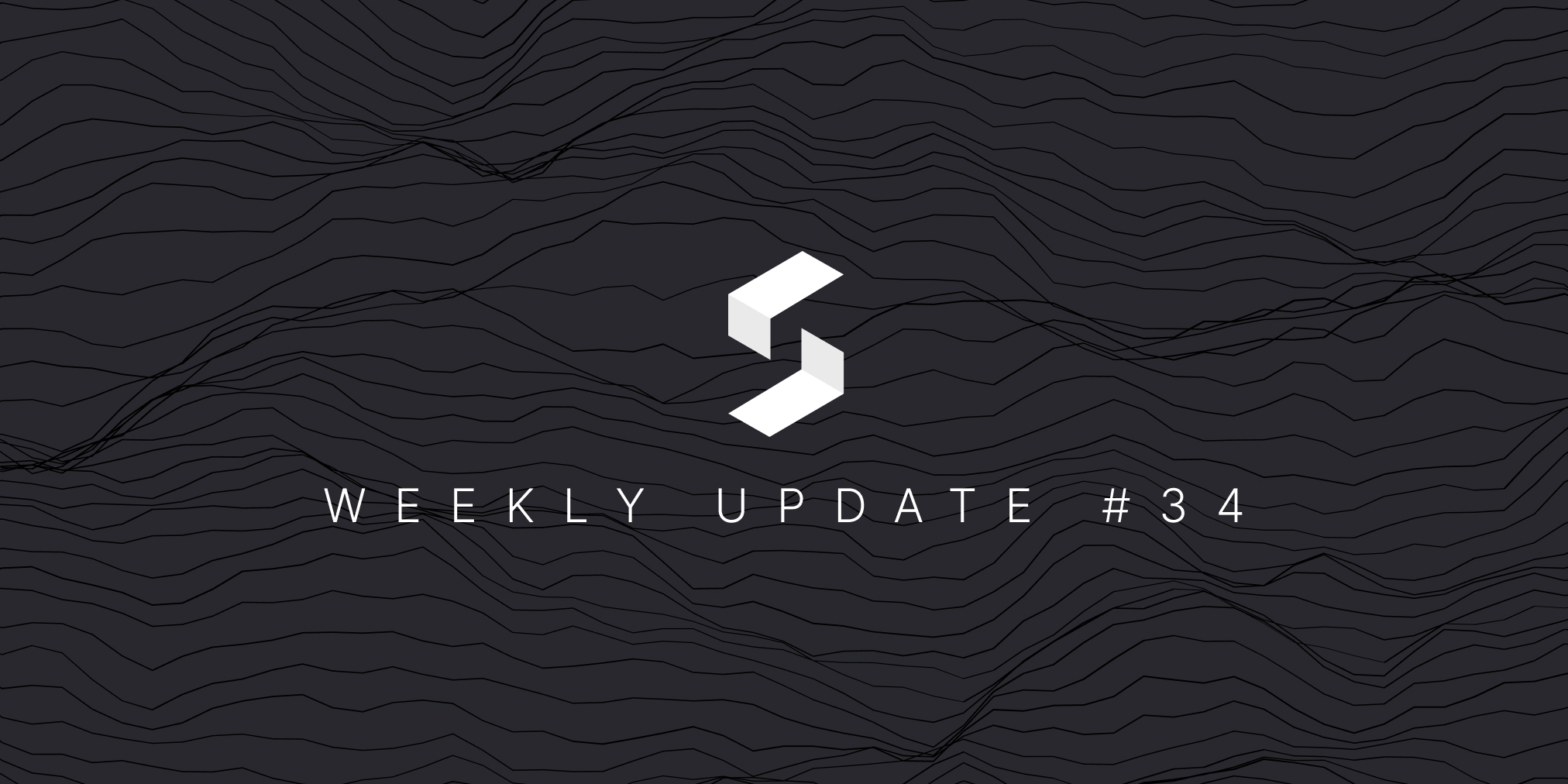 - SiennaLend still undergoing auditing and expected to be completed first or second week of March.

We are proud to announce that SiennaSwap has officially surpassed the 0.5B USD mark in cumulative volume! Thank you to our loyal community for your continued support, this is just the beginning 🚀

This week marked the fifth week of our semi-weekly AMAs. Join us in the Sienna Network Telegram channel every Tuesday and Thursday for educational AMAs with individuals and teams developing exciting new projects on Secret Network.

The AMA with Hoss from the Chihuahua Chain team happened this Tuesday (February 22). Here is the recap: 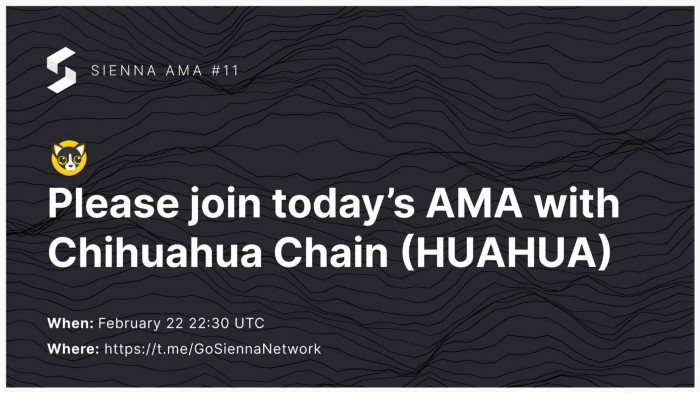 Hoss: Really, my crypto journey began in the early days of BTC on accident. I used to play online poker and believe it or not I was rewarded BTC as a rake/ giveback to the community ( I want to say it was Carbon Poker) but not sure as it was a long time ago. Anyhow, I thought it was a scam that I had to lock BTC up in a ‘vault’ instead of being paid USD. haha Wow, did I make a mistake!

After that, I messed around here and there but nothing serious; however, when covid happened, I knew I had to adapt and attempt to do whatever it takes to control my financial outcome so I truly dove into crypto shortly after. I found IBC through Osmosis; then, went full time 12–15 hours a day 6x per week.

Host: What is Chihuahua Chain? How did you get involved with the project?

Hoss: As for Chihuahua Chain itself, Chihuahua chain is the first meme token within the entire Cosmos eco system; in addition, we are the first meme token in crypto to be its our own sovereign blockchain which allows users to stake their token and earn a current yield of 312.18% APR. Also, this allows Dapps and potential L2’s to build on top of Chihuahua which we can envision in the future.

As for how I got involved…

SO, once I found out about Chihuahua I was really intrigued, I loved the fact that majority of the tokens were airdropped to the community and wanted to get involved. So myself and a few other guys wanted to do whatever it took to help it succeed so I help write prop 2 which essentially formed an Official Community DAO. The in-between for the community and Devs.

Our roles ranged from content creators to admins on all our social platforms. Mine in particular is to help lead business development, marketing, oversee the community DAO. Help expand our reach/ seek talent as we offer bounties from time-to-time. Basically a little of everything. Also, I have helped with the wording on our website chihuahua.wtf

Host: What was the inspiration behind the Chihuahua branding? Was it simply a continuation of the famous dog coin lineage?

Hoss: Who doesn’t love a dog coin? Haha, we aspire to be the ultimate dog coin. We for see a ton of growth within IBC as we firmly believe it is the best tech in all of crypto and the standard on how blockchains will continue to communicate with one another. We will always be considered the OG meme of Cosmos.

Host: Can you please briefly outline the tokenomics of $HUAHUA?

Hoss: So as for the tokenomics, I hope it is acceptable to just send an overall picture of it which can be found at https://monitor.bronbro.io/d/huahua-stats/huahua-stats?orgId=2&refresh=5s

10 percent of all profits from Chihuahua validators funnel back into the Community Pool.

Host: How can Sienna (and the Sienna community) utilize the Chihuahua Chain community, and vice versa?

Hoss: I see a synchronic relationship between the two communities. Personally, I prioritize privacy which is one of the reasons I truly love SCRT and the entire eco system. It will be amazing to be able to send sHUAHUA to one another as tips/ payments along with participating in DeFi on Sienna. From the looks of it Sienna has a tight nit community and hopefully this partnership will make them Chiahuahua lovers as well. We are always looking for more #woofwoofs in the chats/memes and collaborations within other IBC families.

Host: In your opinion, what is the most important thing to consider when building a community in crypto?

Hoss: The most important thing is engagement..and community. Honestly, until I found IBC I wasn’t really involved or focused on crypto. But that changed instantly once I found IBC; my entire perspective changed as IBC is real. The love, the togetherness, people willing to help — that is what it is all about!

Host: What are your long-term goals and ambitions for Chihuahua Chain?

Hoss: So my long term purview of Chihuahua chain is to be the glue for the entire IBC. I want to be the fun way we all unite. Sometimes in life you have to laugh and not be so serious. Truly, I see Chihuahua Chain as a way for new users to get exposure to IBC. Since we launched we have onboarded numerous of new users that literally had no clue how to use Keplr, how to stake HUAHUA, how to use Osmosis etc. The saying in crypto is meme>tech, well IBC has the best tech we want to be the best meme. Again, who doesn’t love a good meme? We are building behind the scenes and want to turn a ‘useless meme’ into something more than that. And, I truly believe we will!

StakeEasy is a privacy-preserving liquid staking solution for Secret Network.

The AMA with Udit from the StakeEasy team happened this Thursday (February 24). Here is the recap: 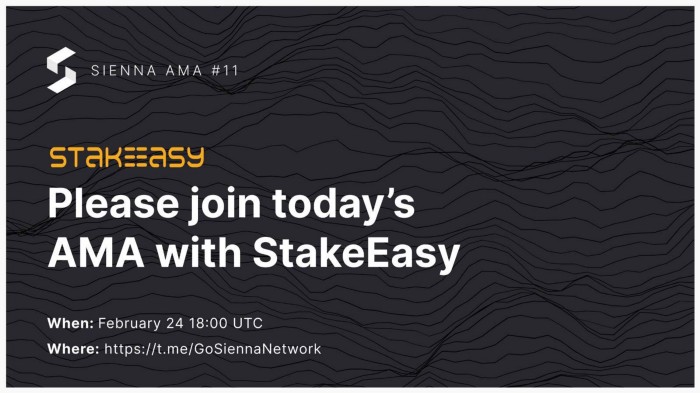 Udit: StakeEasy is privacy preserving liquid staking solution of Secret network and its the first liquid staking protocol on Secret. There are features like auto compounding of staking rewards, multiple validator staking and dynamic validator set. Later version of StakeEasy will connect over IBC and support private staking for chains like LUNA, JUNO etc.

Host: What was the inspiration behind the StakeEasy idea?

Udit: When we were working on polar, we saw that there are a few protocols that are missing on Secret network which have been live on other popular chains and have been of great utility to the community. We then stumbled upon CashManey’s blog post of liquid staking and saw the potential of the idea. And there’s also one really great feature called private network governance which we plan to implement soon. This done over IBC could unlock any protocol on any cosmos chain to create private governance for their community.

Host: What is the StakeEasy DAO?

Udit: StakeEasy DAO is the community owned liquidity which community can vote on to decide things such as changing the validator selection mechanism, number of validators, or to provide Grants to protocols building on top of StakeEasy’s staking platform.

Host: Will the StakeEasy DAO have a governance token?

Host: How does the StakeEasy liquid staking solution work?

Udit: So, when a user deposits their SCRT, they get seSCRT in a ratio and this ratio increases over time. For example if current ratio is 1, user will get 100 seSCRT for 100 SCRT and after some time if ratio is 1.2, user on withdraw will get 120 SCRT for 100 seSCRT. These 20 extra SCRT have come from staking rewards. Currently staking rewards are 24.5% annually and we auto compound it every 8 hours which makes it 27%+.

And to unstake SCRT immediately we’ll bootstrap the seSCT/SCRT pair on multiple swaps and users can stake and unstake immediately without waiting 21 days.

Host: How can Sienna utilize StakeEasy, and vice versa?

Udit: Sienna swap will have seSCRT/SCRT and SEASY/SCRT pairs, both bootstrapping by us. Users will also get external rewards for providing liquidity in form of SEASY tokens. Sienna lend can support using seSCRT as collateral and users can take loan against their seSCRT.

Host: What are your long-term goals and ambitions for StakeEasy?

Udit: Long term we plan to have a staking solution that works for all of major cosmos chains and to have multiple yield farming vaults live on mainnet. We also aim to provide a simple yet powerful private governance platform to any protocol on cosmos.

We also plan to have Grants for any protocol looking to utilize staking rewards and we also some ideas which we’ll share with the community as RFPs. 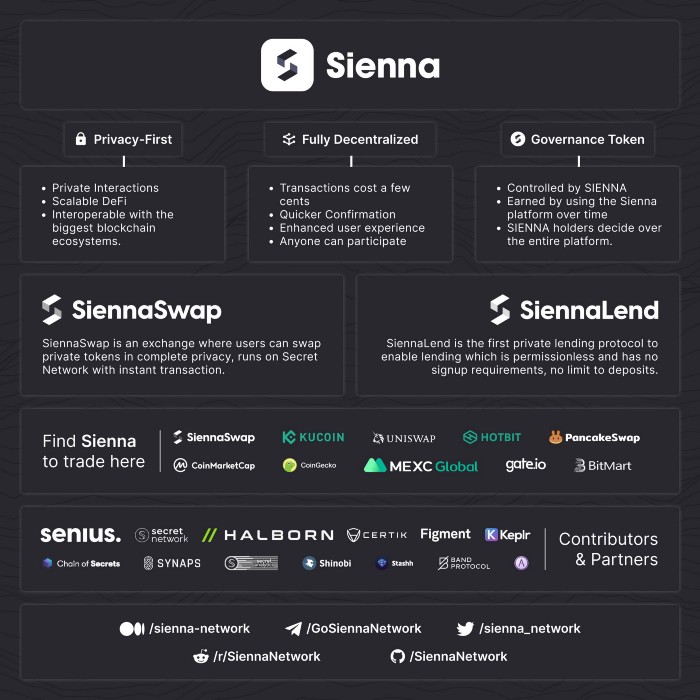 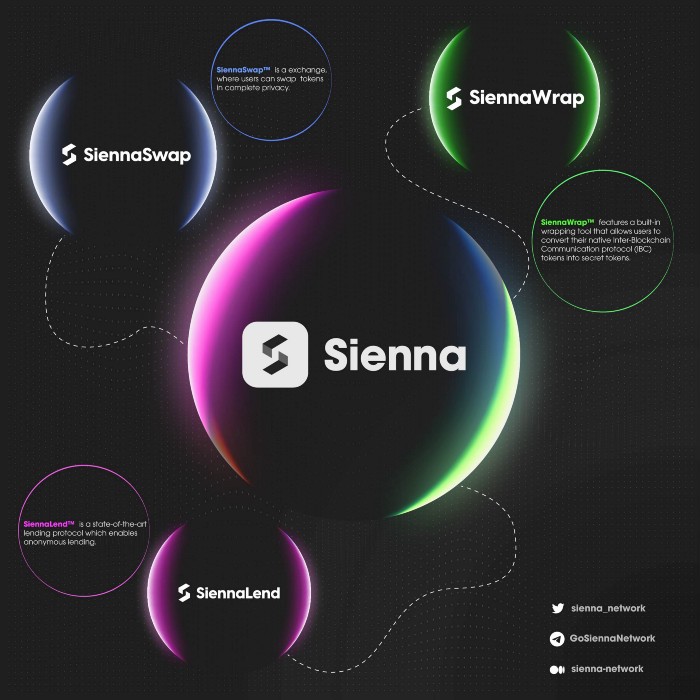 Sienna has partnered with StakeEasy to give out 20 whitelist spots for their upcoming mainnet launch: