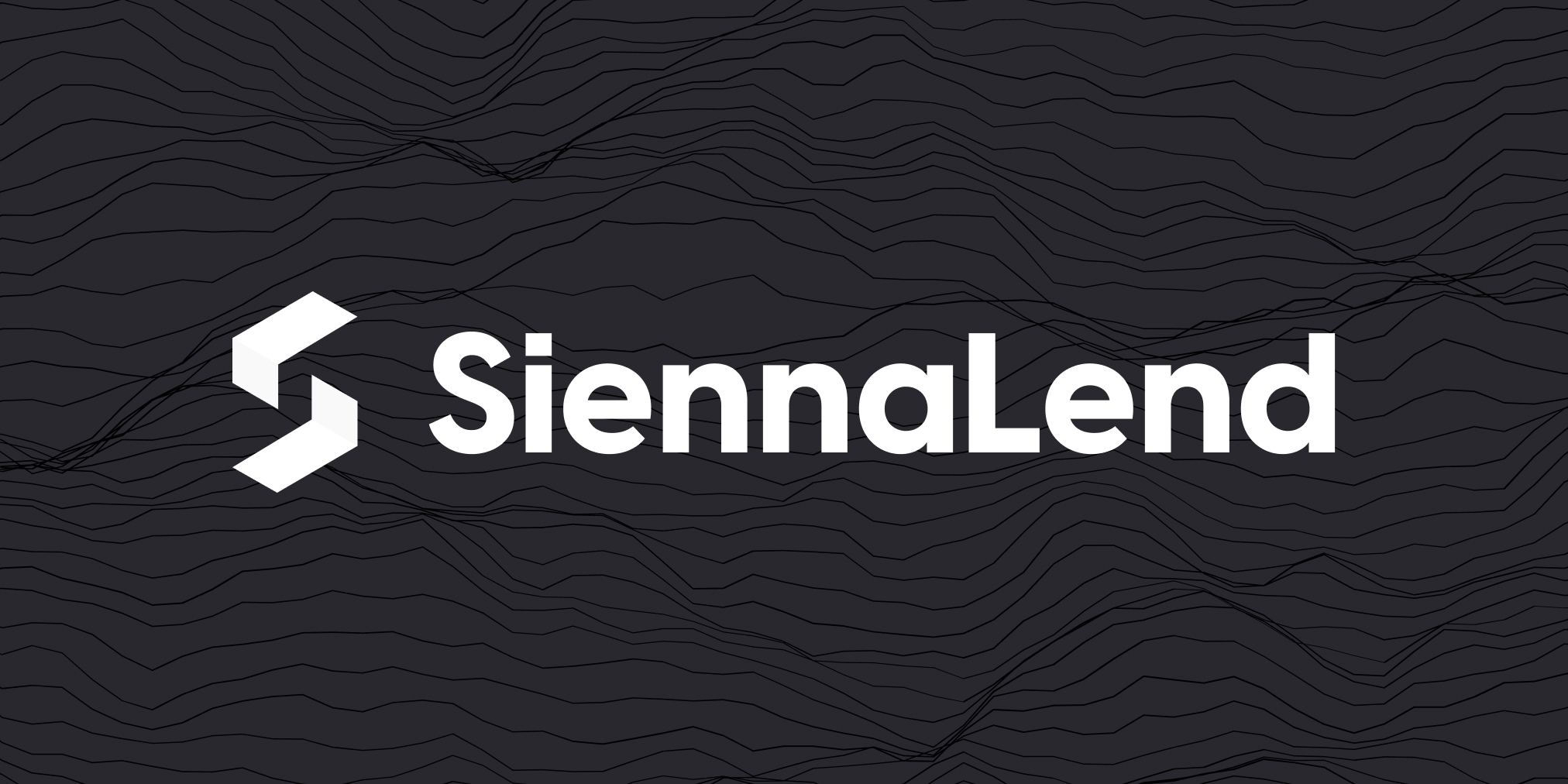 SiennaLend — the first-ever private lending protocol — is launching on April 27, 2022.

Existing DeFi applications do not protect users’ privacy. Users’ interactions with existing DeFi protocols are public by default and easily queryable by anyone. For DeFi to achieve meaningful mainstream adoption, user privacy must be solved. When you go to the bank to take out a loan, the details of the loan are known only to you and the issuer of the loan. Whereas in DeFi, the details are public and readily available to everyone. Beyond the fact that the lack of privacy in DeFi is a major obstacle for mainstream adoption, there are more blatant and pressing risks. When the details of users’ DeFi loans are public and easily queryable by anyone, bad faith actors can use this information to manipulate market conditions in their favor, at the expense of unsuspecting users (causing manipulated liquidations, unfavorable funding rates, and so on).

SiennaLend is the world’s first private lending protocol, and the first to enable private and permissionless Bitcoin and Monero lending. By employing private lending, SiennaLend protects users from prying eyes and bad faith actors. SiennaLend users will enjoy a level of privacy and data protection that is unparalleled in the current DeFi space. 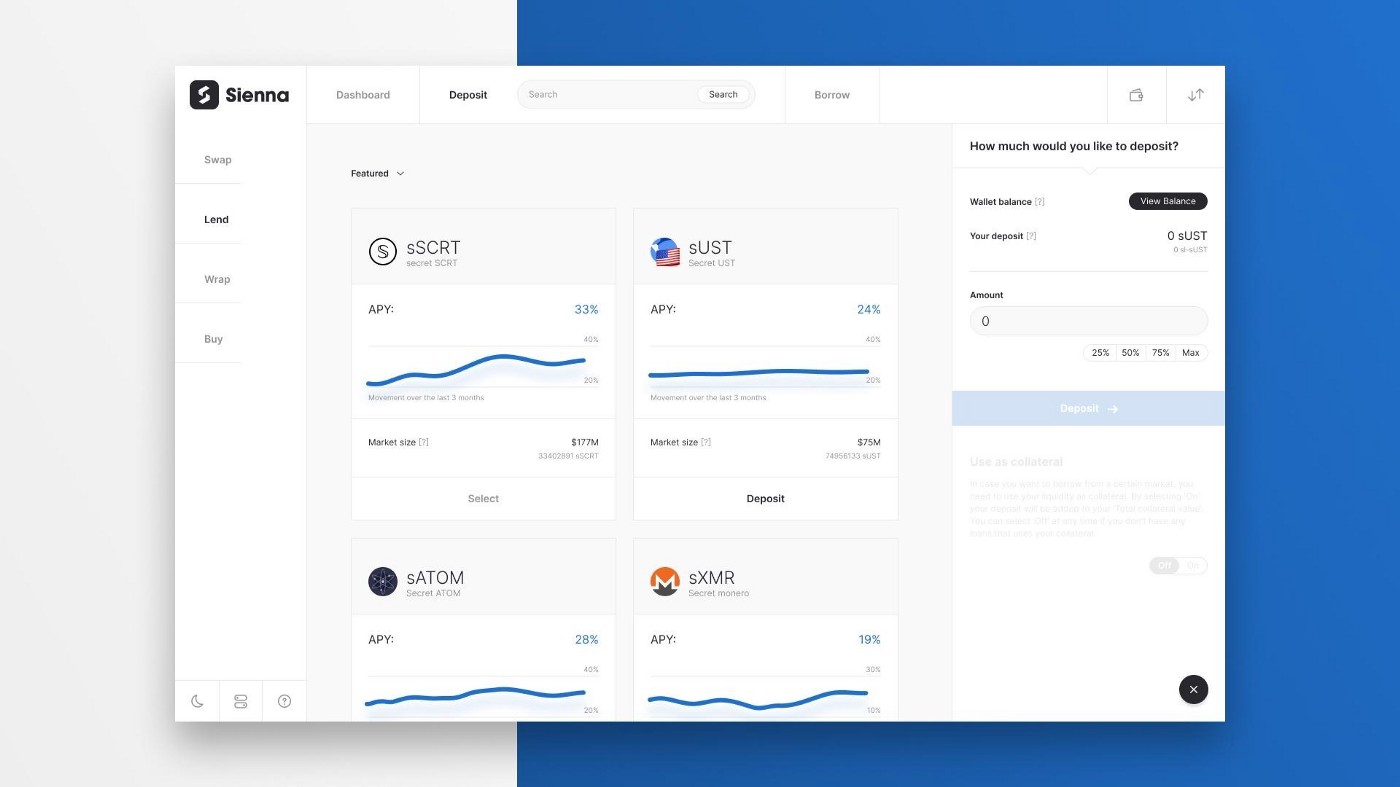 SiennaLend utilizes a variable interest model and an over-collateralized model for loans. Users can immediately begin earning interest upon providing liquidity for a lending market. The liquidity provided by users is represented by the SL (SiennaLend) LP token. For example, if a user provides liquidity for the sLUNA (secretLUNA) lending pool, they will receive SL-sLUNA tokens as a representation of their LP share.

To use SiennaLend, users can utilize the IBC/ETH/BSC/XMR bridges to convert their tokens into secret tokens. They can then use these tokens to interact with Sienna’s DeFi applications.

SiennaLend utilizes Band Protocol as its data oracle provider. SiennaLend also features a liquidations UI, and a guide for setting up liquidator bots.

Some of the initial SiennaLend markets include:

Please note that SIENNA will not be included in the initial lending markets due to not meeting BAND’s oracle requirements. This is being addressed and we are aiming to launch a SIENNA lending market as soon as it is possible for us to do so.

The reason for postponing the SiennaLend launch until April 27th is that Band Protocol had to work on finalizing mainnet relays for Secret Network, which is estimated to be complete in 7–14 days.