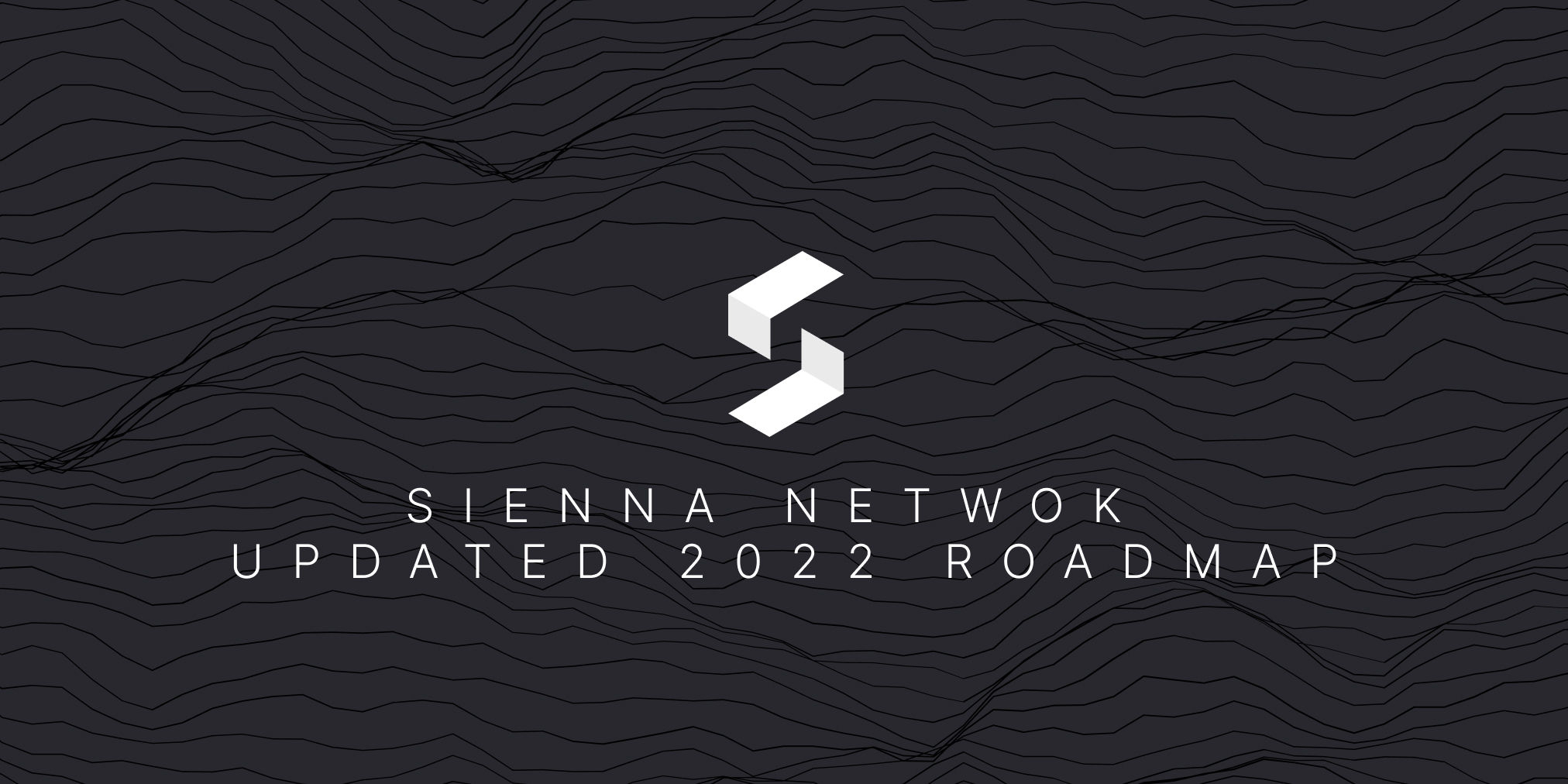 As of today, SiennaSwap has attracted significant user traffic, with the community having swapped over 420M USD in the span of 3 months. SiennaSwap now has 50 swap and LP pairs and over 3,300 users. As the contributor teams never rest on the laurels, we are thrilled to announce that the SiennaSwap V2.0 frontend and the long awaited Rewards V3 will launch this month. A lot of work has been put into developing a smooth, consistent, and ambient user experience.

Aside from the continuous improvements of SiennaSwap over the last 6 months, a lot of resources have been allocated to building SiennaLend, which is the first privacy-preserving DeFi lending platform offering collateralized credit and attractive liquidity provider incentives.

Stepping up on Developers

The breakneck speed of innovation in Crypto requires bandwidth and the capacity to maintain full-speed development — the core contributors of Sienna Network launched a fully audited AMM in record time, but to keep up with the ambitious roadmap it is now time to accelerate and innovate on the platforms even further. To reach this goal, more developer resources were needed. We are thrilled to announce that as of now, two new rust developer teams have begun to contribute full-time.

With the new additions to the developer resources and contributor teams, it is time to revise the roadmap and bring it up to date. The updated roadmap not only shows future releases but also provides an overview of what has already been released. This is especially important for new users entering the Sienna Network ecosystem.

The main features of the new roadmap are targeted for release in Q1 — these include:

Technology does not do it alone. In order to lower the barrier of entry for new users, the roadmap contains a heavy emphasis on user experience optimizations to provide an effortless, ambient, and consistent user experience.

A great example of how we are improving the user experience is phasing out the use of viewing keys. They were needed due to the privacy-preserving encryption features of Secret Network, however this is a feature that many new users are unfamiliar with. Secret Network released “permissions” last year as a smoother method for the decryption of data, and support for this feature will be included in new releases from Sienna Network in the future. Not only does it eliminate the need for generating viewing keys and spending gas — it also eases the experience for existing users and lowers the barrier to entry for new users.

Furthermore, IBC was a major milestone in the development of the Cosmos ecosystem. The tokens of IBC-enabled chains are now cross-compatible. IBC users can now wrap their tokens, giving them the privacy preserving features of Secret Network and SiennaSwap. This allows users to maintain broader portfolios directly on Sienna and benefit from the attractive LP fees, rewards and incentives.

We will be releasing a series of informative video guides and walk-throughs to go along with these new features, in order to lower the barrier to entry for new users, and further improve the user experience for existing users.

During Q3-Q4, a couple of additional planned roadmap features will be released that will significantly impact Sienna Network. The first of these features is Protocol Owned Liquidity (POL). The move to POL liquidity will help SiennaSwap accelerate TVL growth and improve the user experience by lowering price impacts from swaps as a result of the increased liquidity.

The second feature to highlight is the Sienna Launchpad, where new projects will be able to utilize the built-in Token-Generation as a Service feature. This new feature will enable new projects to create and launch their tokens in a few simple steps. The service will make it easier to launch a new token and market it on Sienna Network. Tokens created on the Sienna Launchpad will be automatically listed on SiennaSwap (if the project is selected).

Partnerships will pave the path of the future roadmap

While the current roadmap is mainly focused on technical developments, we are happy to see all the new builders and projects that are launching on Secret Network and IBC connected chains, adding to a very strong ecosystem. Sienna Network takes pride in being a part of this growing ecosystem, and it is evident that the strong sense of shared ambition and objectives in this ecosystem is a network-effect based win-win.

The Sienna DAO — via governance — will provide ample resources to not only its own, but also to collaborative projects so we can grow strong together. This is paramount to the ongoing success of the overall Sienna Network ecosystem and Secret Network.

To view the full 2022 Roadmap, please click this link 🚀 ‍

The future of DeFi is full of opportunity, and it is being driven by a historic meeting of democratized approaches, innovative technology, regulation catching up with reality, and user adoption. Sienna Network is positioned strongly to be ahead of the curve.