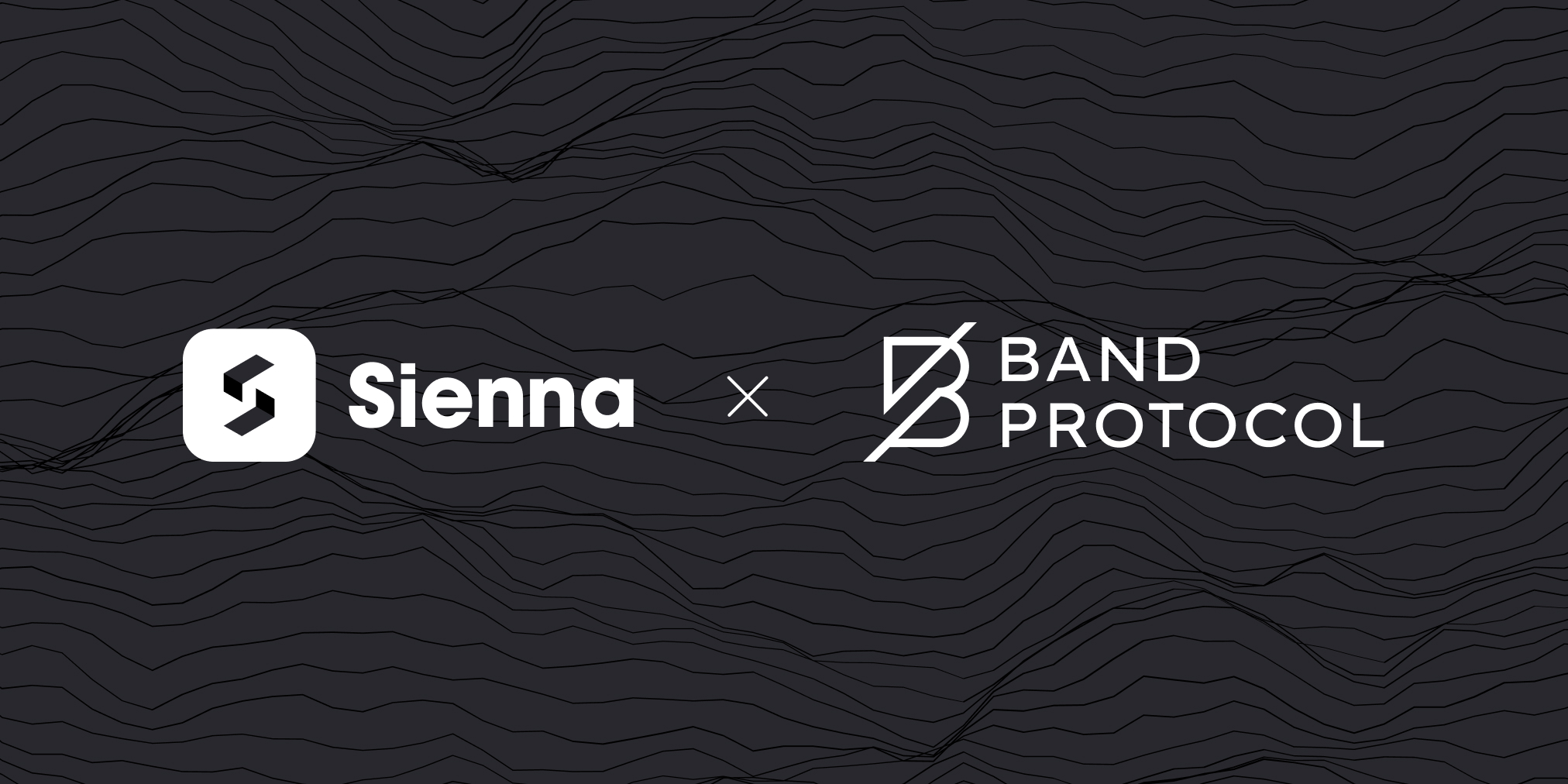 The Band Oracle sends data to smart contracts on blockchains such as Cosmos and Ethereum ecosystem to bring that external data safely and securely to the on-chain environment. Band Protocol already provides data about more than 230 cryptocurrencies and real-world information such as fiat currency, stock, commodity price data and more.

Under the terms of the partnership, Band Protocol provides a data feed solution for SiennaLend, a privacy first decentralized lending platform built on Secret Network, launching in either December or January depending on the extensive and thorough code auditing time. 🚀

Reliable data is a crucial factor for building a robust crypto lending platform because accurate and timely data have a huge impact on the yield and outcome of lend and borrow positions. 🎯

Band Protocol relays the data different decentralized ecosystems and enables the smart contract to operate. It is a middleware layer operating between SiennaLend as a decentralized app and various data sources.

To provide the highest level of stability and speed, Band Protocol operates with its own independent ‘BandChain’ which is open-source, audited and operated by more than 72 professional node operators. Having BandChain which contains all the data request, aggregation logic for reporters with skin-in-the-game means that Sienna can rely on fast data request, fast addition of new asset markets, and ability to scale beyond Secret Network easily.

The partnership will launch with SiennaLend and will also cover future developments from both Sienna Network and Band Protocol.

Stay tuned for more as it goes beyond the exciting launch of SiennaLend, a game-changer for privacy DeFi, supported by the data oracle that is Band Protocol.

About Band Protocol:_Band Protocol is a cross-chain data oracle platform that aggregates and connects real-world data and APIs to smart contracts. Blockchains are great at immutable storage and deterministic, verifiable computations — however, they cannot securely access data available outside the blockchain networks. Band Protocol enables smart contract applications such as DeFi, prediction markets, and games to be built on-chain without relying on the single point of failure of a centralized oracle. Band Protocol is backed by a strong network of stakeholders including Sequoia Capital, one of the top venture capital firms in the world, and the leading cryptocurrency exchange, Binance.
_Website | Whitepaper | Telegram | Medium | Twitter | Reddit | Github